This easy-to-make Grain-Free Stuffing has an incredible flavor and texture so remarkably similar to traditional stuffing, you’ll swear it’s the real deal! 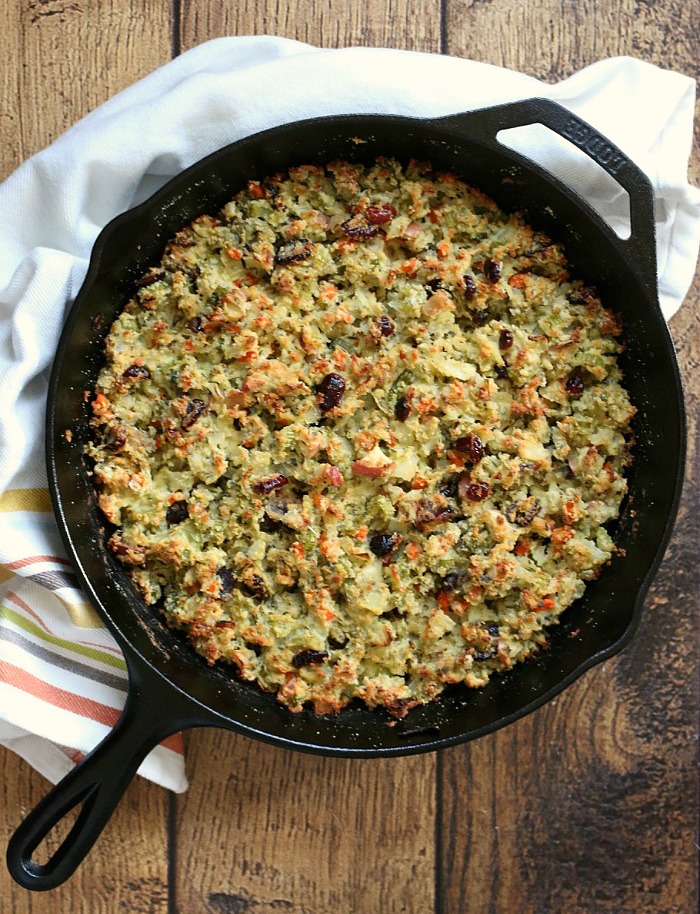 This savory herb seasoned grain-free stuffing has all of the flavor and moist crumb of traditional stuffing without a single morsel of bread! It may sound too good to be true, but it really is good & true!

I discovered this delicious idea from my brilliant friend Heather at Mommypotamus. After years of missing out on the savory addition of stuffing with a perfectly roasted turkey, I was jumping for joy at the thought of enjoying a delicious grain-free option that tastes as close to the real deal as possible.

And although Heather’s recipe is wonderful, after tinkering around with it a bit, I found a delicious balance of texture and flavors that replicates what I love {and used to miss} about traditional herb seasoned stuffing! 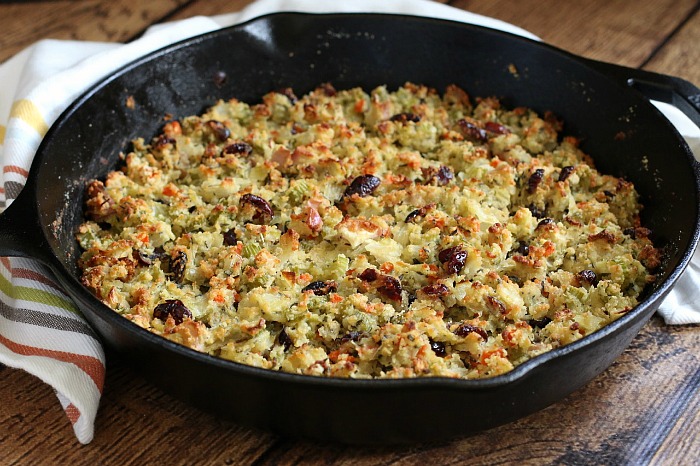 Made with healthy whole food ingredients, this flavorful grain-free stuffing makes the perfect side dish for holiday gatherings, which is why you’ll find it on my family’s Thanksgiving Menu. Plus, it can easily transform into a delicious one-skillet meal with the simple addition of leftover roasted chicken.

So rather than keep this savory little secret to myself, I’m sharing my tasty twist for making an amazingly simple grain-free stuffing that will have your tastebuds leaping for joy with every tasty bite!

If you don't have a cast-iron or oven-safe skillet, no worries! Simply use any large pan instead. Once you’ve finished sautéing the ingredients, transfer the mixture to a greased 9x9-inch baking dish, stir in the beaten eggs and bake per instructions above.